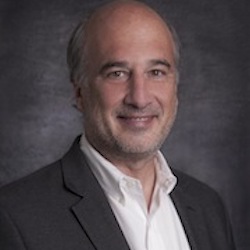 Ed Fox received his undergraduate degree from the University of Illinois in 1976 and obtained his law degree from Southwestern University in 1985. At Southwestern, Ed graduated near the top of his class after winning a national moot court competition. For the past 20 years, the first 10 in Los Angeles and the second 10 in Chicago, Ed has always worked for those whose rights were violated by those in a position of trust or authority, such as nursing homes, police officers and employers.

In 1996, Ed came to Chicago, his original hometown, and began practicing here. In 1999, he started his firm, Ed Fox & Associates, Ltd. with one other lawyer. In the past 7 years, the firm has continued to grow adding success, lawyers, and more space to the practice.

During his years as a lawyer, Ed has been involved in a number of high profile cases, as well as cases that were important to the client involved but did not make the national media. Some of the high profile/media intensive cases include a police brutality case against Mark Fuhrman during the O.J. Simpson trial, and a police misconduct case against the LA Sheriff’s Department caused when deputy sheriffs tried to kill one of their own deputies (in the process, crippling him) who would not go along with a police cover-up. Both of those cases settled for large amounts of money.

Other high profile cases include a class action strip search case arising out of strip searches of African-American women at O’hare airport that began in 1997 and finally settled in 2006. That case was televised on Dateline and, more importantly, forced some needed policy changes in how U.S. Customs (now Homeland Security) decided whom to search. Also, in a first of its kind case, Ed won a large jury trial against Chevron on behalf of an employee who was subjected to an illegal random drug search and then fired for refusing to cooperate with the search.

Ed has extensive trial experience in both state and federal court, winning his very first trial in 1987 on behalf of an African-American man (Tyrone Merritt) who was physically abused and wrongly accused of stealing his car, and much more recently, going to trial in a nursing home abuse case on behalf of the great aunt of the reporter Rene Ferguson, and settling the case after 8 days of trial for nearly 1 million dollars. The great aunt, Hattie Brown, was 100 years old and had passed away before the trial began. Most recently, in 2006, Ed won a $95,000 jury verdict for malicious prosecution on behalf of a man (Steven Schrader) who was wrongfully merely given traffic tickets. In April, 2007, Ed won a $415,000.00 jury verdict against the Chicago Park District on behalf of women who tripped in an uncovered pole vault box/hole on a track and broke her arm.

Although not his largest case, Ed is most proud of a trial he won on behalf of a mentally challenged man who was fired from his job as an exterminator because he could not read and write. Ed was able to prove to the jury that this termination was a violation of the Americans with Disabilities Act.

Ed’s trial experience includes many trials in police brutality, employment discrimination and nursing home abuse cases. He limits himself to these three areas of law in order to develop and maintain the expertise needed to be successful.

Not only does Ed have the extensive trial experience noted above, but he has also conduced seminars and spoken on various legal issues related to the areas of law that he practices. In 2000, Ed testified before the United States Congress on issues of racial profiling. More recently, Ed was consulted by members of the media in connection with a nursing home case where a young, profoundly disabled woman was raped, became pregnant, and delivered her disabled baby because of the negligence of the nursing home. Ed has always been an outspoken champion of those whose rights have been violated.

Ed’s work philosophy is to litigate his cases aggressively, communicate with his clients to provide what they want and come to an understanding of what is reasonable, and to undertake whatever time and expense is necessary in order to do the best job possible. That is not only Ed’s philosophy but also the philosophy of his firm. 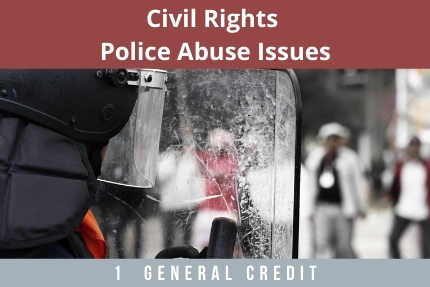