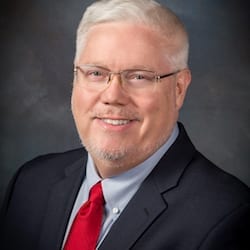 Gregory D. Smith is a part-time judge/justice on six (6) different Native American Tribal Supreme Courts in six (6) different states (AZ, CA, MI, NE, OK, and WI). He is also the Chief Judge of the U.S. Department of the Interior's U.S. Court of Indian Appeals (Miami Agency). Judge Smith is also a municipal judge in Tennessee and as a lawyer, he presented over 500 appeals in multiple states and most of the U.S. Circuit Courts of Appeals. Smith has participated in several cases that reached the U.S. Supreme Court. Judge Smith has multiple law review articles in print and was selected as the 2017 Outstanding Tennessee Municipal Judge by the Tennessee Municipal Judges Conference. In 2001, he was selected as the Pro Bono Attorney of the Year by the Tennessee Bar Association. Smith is listed in the 2020 edition of Mid-South Super Lawyers for his appellate work and holds an A/V rating from Martindale-Hubbell. In 1994, Smith spoke at the United Nations in New York. The ABA Journal did a feature article on Smith's role in tribal courts in November 2019. A recent law review article Smith wrote garnered praise from a former Assistant Secretary of the U.S. Department of the Interior's Bureau of Indian Affairs (who is now a law school dean). Smith practices law in Clarksville, TN. {J.D. Cumberland School of Law, 1988}.