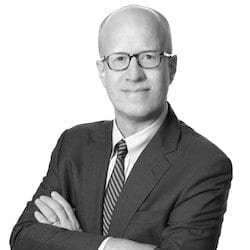 Mr. Greenbaum has previously served as Chairman of the Committee on Consumer Affairs of the New York City Bar. He currently chairs the City Bar’s annual “Hot Topics in Advertising Law” program. He has also served as a Director and Secretary of the Promotion Marketing Association and as a Director of the Brand Activation Association. He was also Co-Chairman of the 2007 PMA law conference. Mr. Greenbaum has been recognized for many years as a leading advertising lawyer by Best Lawyers in America, Chambers USA Leading Lawyers for Business, The Legal 500, and Super Lawyers. Mr. Greenbaum is also a frequent speaker on advertising issues in the United States and around the world. He has spoken at the Federal Trade Commission’s “Protecting Kids’ Privacy Online” workshop, the “FTC at 100” workshop, the FTC’s “Rebate Debate” workshop, and at the FTC’s “Green Lights and Red Flags: FTC/BBB Rules of the Road for Advertisers” program.

He has also spoken at conferences and programs sponsored by the National Advertising Division, the Association of National Advertisers, the Brand Activation Association, the National Advertising Review Council, the Electronic Retailing Self-Regulation Program, the Electronic Retailing Association, the Intellectual Property Owners Association, the Association of Independent Commercial Producers, the Society of Digital Agencies, the American Intellectual Property Law Association, ASIPI, ALI/ABA, the Association of Corporate Counsel, the Global Advertising Lawyers Alliance, the American Bar Association, the New York State Bar Association, the New York City Bar, the New York County Lawyers Association, and many others. Mr. Greenbaum has been quoted in publications such as The New York Times, The Washington Post, Advertising Age, Adweek, The Hollywood Reporter, CNBC, Digiday, Mashable, and many others. He has appeared on the CBS “Early Show” and Bloomberg Law. He participated in the symposium, “New Impressions on Advertising Law,” which was published in the Cardozo Arts & Entertainment Law Journal (2016). He is the author of “Specific Corporate Compliance Challenges by Practice Area: Advertising” in Corporate Compliance Practice Guide: The Next Generation of Compliance (LexisNexis, 2009) and “Developing an Advertising Compliance Program” in Advertising and Marketing Litigation Best Practices (Aspatore, 2007). He has also served as the “Legalease” columnist for Shoot magazine. Mr. Greenbaum is a graduate of Brandeis University and Columbia University School of Law. He is a member of the Dean’s Advisory Council at the University of Michigan Law School. He has also served as an adjunct faculty member at Parsons School of Design. He is admitted to practice in New York.