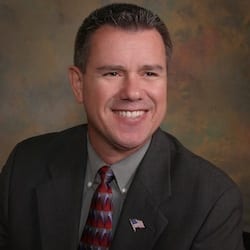 Joseph A. Corsmeier is an "AV" rated attorney practicing in Clearwater, Florida. He concentrates his practice primarily in the areas of defense of attorney disciplinary matters before The Florida Bar, attorney admission matters before the Florida Board of Bar Examiners, and professional license and disciplinary matters before the Boards of the State of Florida. He provides expert analysis and opinion on conflict of interest and other attorney disqualification and legal malpractice issues and he has testified as an expert in both the federal and Florida courts.

Mr. Corsmeier served as an Assistant State Attorney in the Sixth Judicial Circuit from 1986 to 1990 where he prosecuted felonies exclusively from June 1987, and as Bar Counsel for The Florida Bar's Department of Lawyer Regulation from 1990 to 1998. He also represents police officers as counsel to the Fraternal Order of Police.

Mr. Corsmeier is the author of numerous articles for many bar publications, he has spoken at numerous local and statewide seminars on various topics, including ethics and professionalism. He was an instructor of paralegal ethics at the Rollins College Tampa campus until it closed in 1996 and he is currently an adjunct professor at St. Petersburg College teaching paralegal ethics. He received his undergraduate degree from Florida State University and his J.D. from Mercer University.