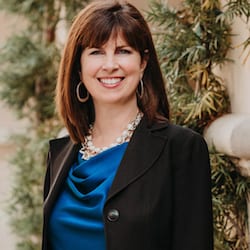 Meldie Moore graduated with honors from Franklin and Marshall College in Pennsylvania. During her college years, she volunteered as a big sister and as a teacher’s aide at a preschool for special needs children. Meldie moved to California, where she graduated cum laude from Pepperdine University School of Law. During law school, Meldie worked as a judicial clerk for California Supreme Court Justice Armand Arabian and externed at the Los Angeles County Counsel’s Office, Division of Children’s Services. She served as an associate editor on Pepperdine’s law review and competed nationally on the moot court team. In 2009, Meldie furthered her legal education by obtaining a Masters in Law at Chapman University School of Law. She authored a legal article that was published in the California State Bar Journal in 2011. In 2013, Meldie published an article in the Orange County Lawyer Magazine entitled “Senate Bill 115 Would Give Sperm Donors Standing to Petition for Paternity.” [Read the Article] Meldie also published a 2019 article for OC Lawyer on Special Education, titled “Learning your ABCs, 123s, and IEPs: Special Education in Public Schools.” [Read the Article].

Passion for public service, and a desire to help women and children, led Meldie to a career in the Orange County District Attorney’s Office. She was a prosecutor for 16 years. During that time, Meldie completed over 100 criminal trials and hundreds of preliminary hearings on felony cases. Meldie specialized in legal research and writing for a large portion of her career. She researched, wrote and argued over 250 felony motions, and she has argued before the Court of Appeal. She also developed and conducted training for the Orange County District Attorney’s Office, various police agencies, colleges, and law schools. Meldie served as an adjunct professor at Western State School of Law, teaching classes on research and writing, and domestic violence. During the course of her career, Meldie was committed to protecting the citizens of Orange County, especially the most vulnerable, children. Her passion was helping families of domestic violence, and she was specially assigned to handle these cases at both the misdemeanor and felony level. For her outstanding service to victims and witnesses of domestic violence, Meldie was awarded the “Courts Community Service Award” by Victim Assistance Programs, CSP, Inc., and recognized for her hard work and dedication to the community by the Orange County Board of Supervisors. Meldie was also recognized as a “Diligent Prosecutor” for tenacity in the prosecution of DUI cases and sensitivity to the needs of DUI victims by MADD (Mothers Against Drunk Driving).

This commitment to and compassion for helping women and children led Meldie to enter the law partnership of Gurwitz Moore in 2010, a boutique law firm assisting families with children with special needs, children experiencing discipline issues at school and in the criminal justice system, and family formation through adoption and assisted reproduction. In 2012, Meldie opened her own law practice, Moore Law. Meldie continues to grow her firm, practicing with her team at Moore Law for Children, Professional Corporation, in these specialized areas.