Michael F. Ram is a consumer class action lawyer at Morgan and Morgan Complex Litigation Group. Backed by 38 years of experience, Michael has served as co-lead counsel on a number of national and statewide consumer class actions.  He pursued his legal education at Harvard Law School and was awarded his Juris Doctor with honors in 1982. He attended Cornell University as an undergraduate, where he majored in government and obtained a Bachelor of Arts magna cum laude in 1979.  Mr. Ram was a co-recipient of the Trial Lawyer of the Year Award given by Trial Lawyers for Public Justice in 1992, for National Association of Radiation Survivors v. Walters, No. 83-c-1861 (N.D. Cal.).

From 1993 through 1997, Mr. Ram was with Lieff, Cabraser, Heimann and Bernstein; where he represented plaintiffs in several major class actions, to include Cox v. Shell, Civ. No. 18,844 (Obion County Chancery Court, Tenn.) with a national class of six million owners of property with defective polybutylene plumbing systems and In re Louisiana-Pacific Inner-Seal Litigation, No. 95-cv-879 (D. Oregon) (co-lead counsel) national class of homeowners with defective siding.

In 1997, Mr. Ram founded Levy, Ram & Olson.  He was co-lead counsel in many consumer class actions including a national class of half a million owners of dangerous glass pane gas fireplaces in Keilholtz et al. v. Superior Fireplace Company, No. 08-cv-00836 (N.D. Cal. 2008).  He was co-lead counsel in Chamberlan v. Ford Motor Company, No. 03-cv-2628 (N.D. Cal.), a class action involving defective intake manifolds, which generated four published opinions to include one by the Ninth Circuit, 402 F.3d at 950; and settled one court day before the class trial.

He is currently co-lead counsel in numerous consumer class actions, including Gold v. Lumber Liquidators, N.D. Cal. No. 14-cv-05373-RS, a certified multistate class action involving bamboo floors. Mr. Ram’s other practice areas include Contract Litigation, Business Law, Labor and Employment, Overtime and Wages. He is also admitted to practice before the U.S. District Courts for the Northern, Eastern, Central, and Southern Districts of California, the U.S. Courts of Appeals for the 3rd, 9th, and 11th Circuits, and the Supreme Court of the United States. He is a member of the American Association for Justice. 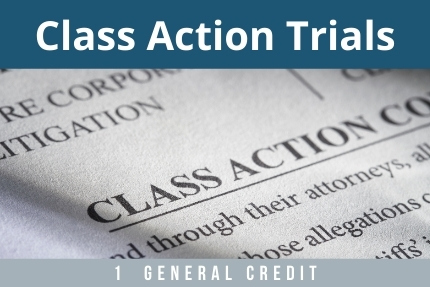