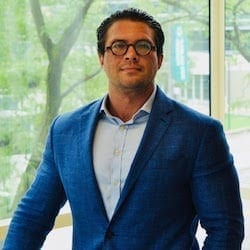 Patrick Kabat is a First Amendment lawyer with substantial practice experience in media and entertainment law. He has represented a marquee list of clients, including The New York Times, CNN, CBS, HBO, the ACLU, the Associated Press, and the Chicago Tribune in high-profile lawsuits in state and federal courts across the country.

His practice focuses on high-profile civil and appellate litigation, and he regularly counsels clients on novel issues regarding constitutional law, defamation, privacy, right of publicity, freedom of information, and other content-related issues.

A creative strategist, Patrick has successfully resolved content-related issues for a wide range of prominent clients, ranging from Hollywood studios to rock bands and mixologists. His experience litigating against government agencies makes him an effective advocate in white-collar criminal litigation and regulatory proceedings, and he has represented individuals and companies in regulated industries, defending enforcement actions and challenging unlawful regulations.

His experience with the federal Freedom of Information Act and its state-law, counterpart open-records statutes ensures that his clients are well-informed about government actions that affect them, and he has successfully obtained FBI investigation records, cold-case files, police-misconduct reports, body-camera records, and other important records for clients.

Before joining Chandra Law, Patrick practiced at a leading First Amendment litigation boutique in New York and a global corporate law firm in Chicago, where he represented news organizations, media companies, and other clients on matters ranging from sealed records and court proceedings to bet-the-company civil lawsuits.

Throughout, Patrick has remained connected to his Cleveland roots, where he was raised to appreciate the importance of the arts in the cultural institutions of University Circle, clerked for Judge James S. Gwin on the U.S. District Court for the Northern District of Ohio, and remained involved with the City Club of Cleveland, where he helped organize its Centennial celebration of the First Amendment.

Patrick is the Director of the First Amendment and the Arts Program at Case Western Reserve University and an adjunct professor of law, where he continues to provide thought leadership on First Amendment issues. A sought-after speaker, Patrick regularly addresses national conferences of biographers, fiction writers, and journalists, and publishes articles and reports on pressing First Amendment issues ranging from video games to feature films.

Patrick was educated at Yale Law School, where he was the editor-in-chief of the Yale Journal of Law & the Humanities, and co-founded the Media Freedom and Information Access Clinic. Before entering private practice, Patrick was the director of the Law and Media Program at Yale Law School, where he led the program's clinical efforts and hosted conferences on emerging issues in media and culture.

Patrick is admitted to practice law in New York and New Jersey, and in federal courts around the country, including the Northern District of Ohio. His admission in Ohio is pending. 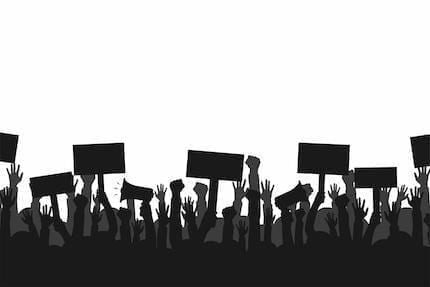 The Law of Public Protests, and the Right to Criticize Government