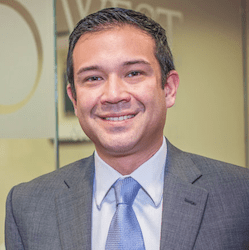 Shane T. Herbert has primarily practiced Marital and Family Law since being admitted to the Florida Bar in 2010 and now exclusively limits his practice to Marital and Family Law along with the team at West Family Law Group. West Family Law Group is a boutique marital and family law firm located in Orlando, Florida. The Firm’s other attorney, Richard D. West, was named Orlando Lawyer of the Year 2018 by Best Lawyers. Further, the firm was ranked among the 2018 Best Law Firms in America by U.S. News and Best Lawyers-Family Law-Tier 1 Orlando. Shane was named to the 2017 Rising Star list by Florida Super Lawyers, an honor given to no more than 2.5 percent of the lawyers in this state, regardless of practice area.

Shane is currently serving his second term as Treasurer for the Greater Orlando Asian American Bar Association. Prior to relocating to Orlando to work with Richard D. West in 2015, he spent his first five years of practicing law in Jacksonville, Florida. During those five years, Shane served two terms as the President of the Jacksonville Asian American Bar Association; served multiple years on the Jacksonville Bar Association’s Diversity Committee During law school; and was appointed to Co-Chair the JBA Diversity Committee just prior to his relocation to Orlando.

Coming from a family of divorced parents, Shane personally understands the effects divorce can have on families. This course will provide a general overview of Family Law Basics (non-state specific) to benefit attorneys new to the area of family law. Topics to be covered include initial consultations, client intake, temporary relief, mediation, children issues, and discovery. Sample forms will also be provided for the course.