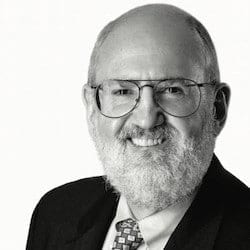 Thomas D. Selz is a founding partner of Frankfurt Kurnit Klein & Selz focusing on all aspects of entertainment law. Mr. Selz’s practice includes advising on documentary film, fictional and fiction-based-on-fact feature films, television pilots, tv series and miniseries, live stage productions, publishing, music publishing and sound recording, and clearance work for problematic material to make the product acceptable to networks, publishers and Errors and Omissions insurance carriers. Mr. Selz also counsels clients on copyright (including termination and renewal rights under the 1976 and the 1909 Copyright Acts) and trademarks, from clearance searches to deciding which classes to file in, to registration, and the need for additional US Patent and Trademark Office filings.

In addition to transactional work from collaboration agreements and development through production and distribution, Mr. Selz focuses on mergers and acquisitions, secured transactions, private placements and public offerings, including crowd-funding laws and regulations. Mr. Selz has set up an international network of attorneys to focus on issues raised by the cross-border reach of crowd-funding. As Chair of the firm’s IP Finance Group, Mr. Selz also regularly advises on complex corporate work involving entertainment industry and intellectual property assets. For more than three decades, Mr. Selz has also helped structure domestic and international tax-advantaged financing for motion picture and television productions. In the US, Mr. Selz was one of the first to combine state production incentives with the benefits for investors under Section 181 of the Internal Revenue Code and Mr. Selz has advised clients about extensions to Section 181 as they have occurred. Mr. Selz has also taken the lead on behalf of the US videogame industry in extending the benefits of Section 181 to videogame development and production, particularly as such activities involve tax issues arising from crowd-sourced funding.

Working with local counsel, Mr. Selz helped devise financing structures that are now used throughout the industry to permit clients to overcome substantial regulatory and business risks to be able to draw on funds from countries outside the US, including Canada, United Kingdom, Ireland, Australia, Germany and Hungary. He co-authored the US Incentives chapter of the Film Finance Handbook: How to Fund Your Film (Netribution, 2007). Mr. Selz is also co-author of the Entertainment Law Treatise, 1st, 2nd, and 3rd Editions, Shepard’s/ McGraw-Hill, 1983-2008 and was a co-author of Entertainment Law, Casebook, 1st, 2nd, and 3rd Editions, Lexis/Nexis, 1984, 1997, 2003. He is Adjunct Professor at Columbia Law School (1998-present), and prior to that, he was Adjunct Professor of Law at New York University School of Law (1977-1993). Mr. Selz was a director of the Independent Feature Project (1986 – 2001) and served as General Counsel to the organization (1986-2008). Mr. Selz was recently recognized by New York Magazine as one of the New York area’s best entertainment lawyers and has been listed in Best Lawyers in America for more than twenty-three years. He is recognized by The Legal 500 as one of the nation’s top copyright lawyers and is named a New York-area “Super Lawyer” for Entertainment work by Super Lawyers magazine for thirteen consecutive years. He has been quoted in Bloomberg, Financial Times, The New York Times, and other publications. He is a graduate of Cornell University (BA, 1968) and Yale University (JD, 1971). He is admitted to practice in New York. 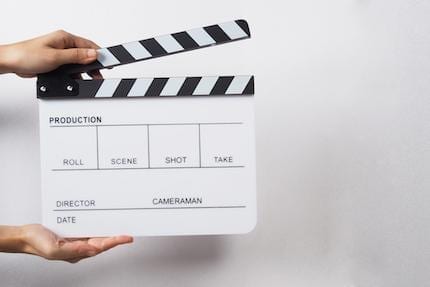 “Pay or Play” in US Film and TV Agreements: Where Does It Come From, Why Does It Matter, and How Do You Make It Effective in a Contract?