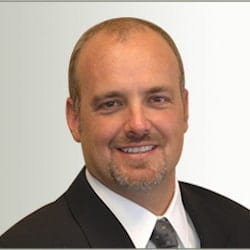 Attorney Thomas Matthews has over 26-years experience (since 1992) and has handled over 1000’s cases. He is a well-respected trial attorney who is not afraid to fight for his client’s freedom. Tom believes in integrity and being passionately invested in his client’s legal problems. Thomas Matthews is caring and he sees himself as a problem solver who has to do everything in his power to help people get a second chance. Mr. Matthews has many endorsements from reputable organizations and his clients. Because of his exceptional criminal defense and trial skills, Mr. Matthews was recently voted as Top 100 Trial Lawyers. He has also received hundreds of five-star reviews from his clients. A lot of attorney Matthews cases get dropped because of his commitment and unique strategic defense approach to all cases.

Thomas Matthews was inspired to become a lawyer when he experienced what he believes to be a serious miscarriage of justice involving a close family member. Thomas Matthews graduated from Stockton University of New Jersey then studied law at California Western School of Law. He passed the very difficult California Bar Exam on his very first attempt and started his own practice. Tom has been an attorney serving San Diego County for over 25 years and is well respected by judges and his peers. He is one of the go-to guys in the San Diego criminal defense legal community. Thomas has A-plus rating from the Better Business Bureaus and 5-star ratings from Avvo, Google and Yelp because of caring for his clients.

Thomas resides in the Bay Park area of San Diego with his wife Jessica, their two children and dogs. In his leisure time, Tom enjoys surfing and spending time in Mexico. He still surfs competitively and consistently places among the top surfers in his division in national competitions year after year. Earlier in life, he played college football and many years of semi-professional football. Thomas was a Certified Contract Advisor with the National Football League Players Association for 10 years.

Thomas P Matthews has handled a multitude of international narcotics trafficking and money laundering cases throughout the United States such as California, Arizona, Nevada, New Jersey, and Washington DC. Our experience in handling “Federal Crimes, Felony Crimes, and Misdemeanor” will help you win your cases.